We are just back from a long drive to Kylemore Abbey, which is located in the middle of Connemara in Co. Galway.

It took us 2 hours to do 140 Kilometres and we were still in the same County!  (I was in Dublin last week, and that trip is 200 milometers, and it took me the same time!) It’s a great drive, but as you get further and further away from Galway city, the roads gets windier, more bumpy, and the odd loose running sheep might reduce your speed. As you drive out of Oughterard, you enter Connemara, with its rugged mountains, beautiful colours, a real treat to the eye!

We have been to Kylemore Abbey before, and as the weather was looking promising, I thought we’d go again. I am so glad we did, as the last time we went to the Easter Egg Hunt, we got rained out! This time the weather was on our side, and we had a fabulous time!
Just a tip – the grounds are extensive, so make sure you are wearing good footwear and why not book your tickets online, it will save you 10 %, so you can have that extra cake/bun/drink:)

If you have never been to Connemara, I thought I’d  share this video again, as it combines the song from a French singer called Michel Sardou, with beautiful images of Connemara.

We arrived at around 12 and visited the restaurant, which has superb, home cooked food. Where possible the restaurant sources its ingredients from the estate.
Once our bellies were full, we had to take the mandatory picture at the Lake with Kylemore Abbey as a backdrop! 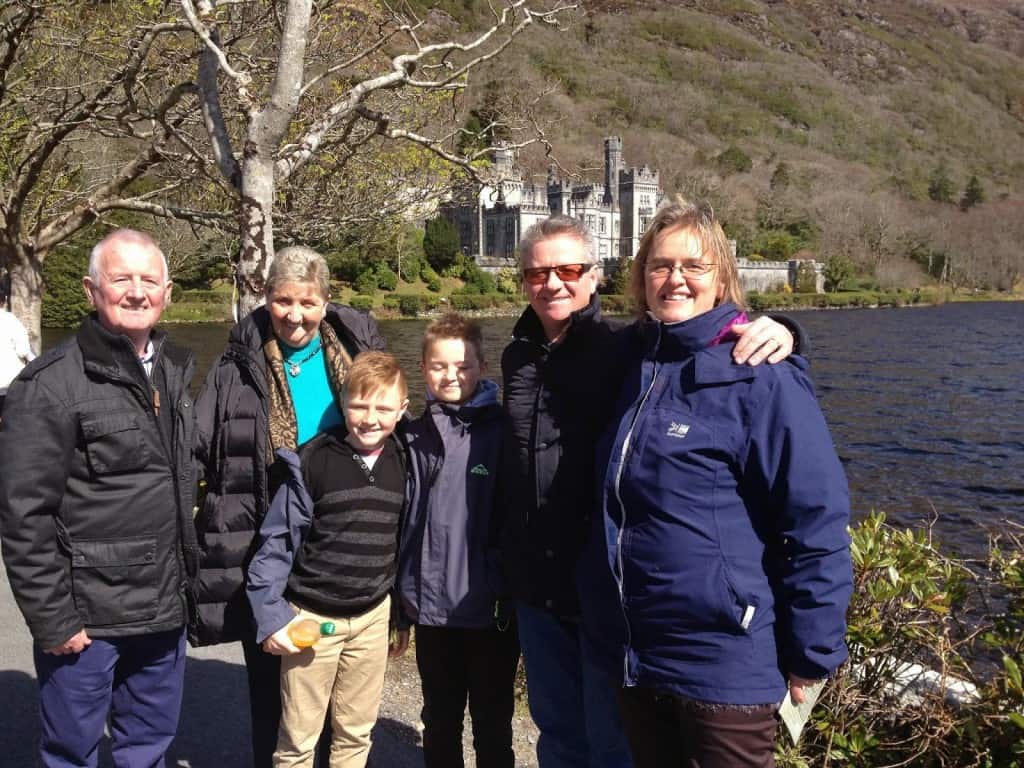 It’s a short walk to a bus stop that brings you to the walled gardens. You could also walk it instead of getting onto the bus, but I would allow at least half an hour from the bus stop to the walled Gardens.
As we were approaching the bus, we were met by an Easter Bunny! 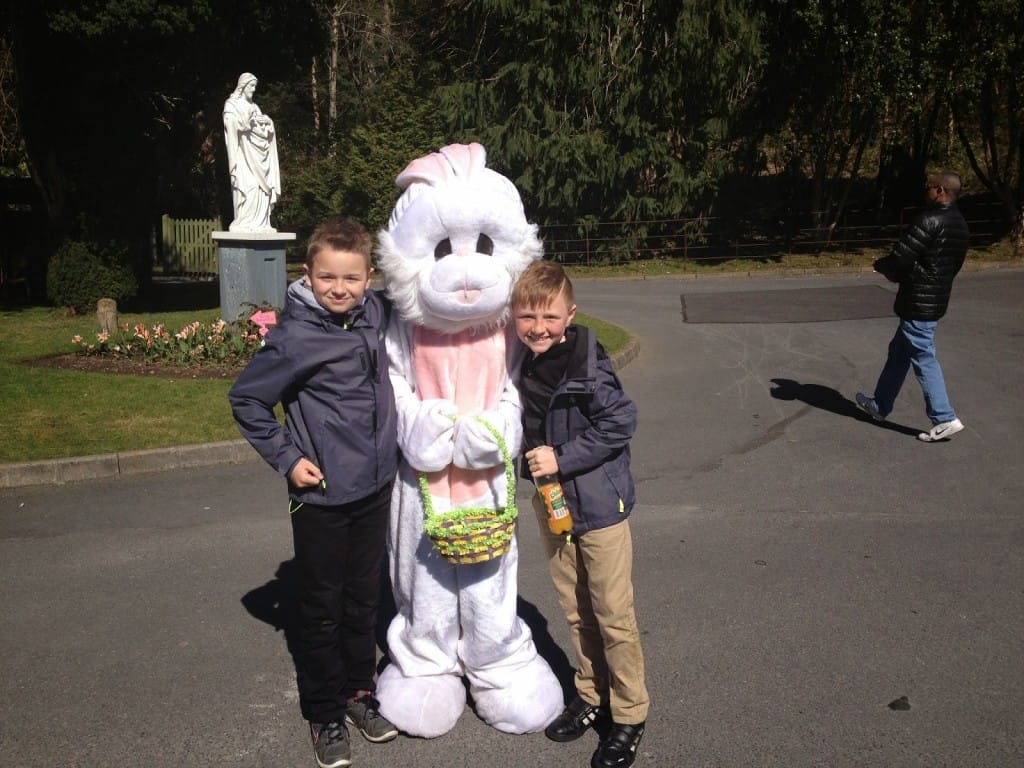 Once off the bus, I had to take a picture of the backdrop, a feast to the eye! 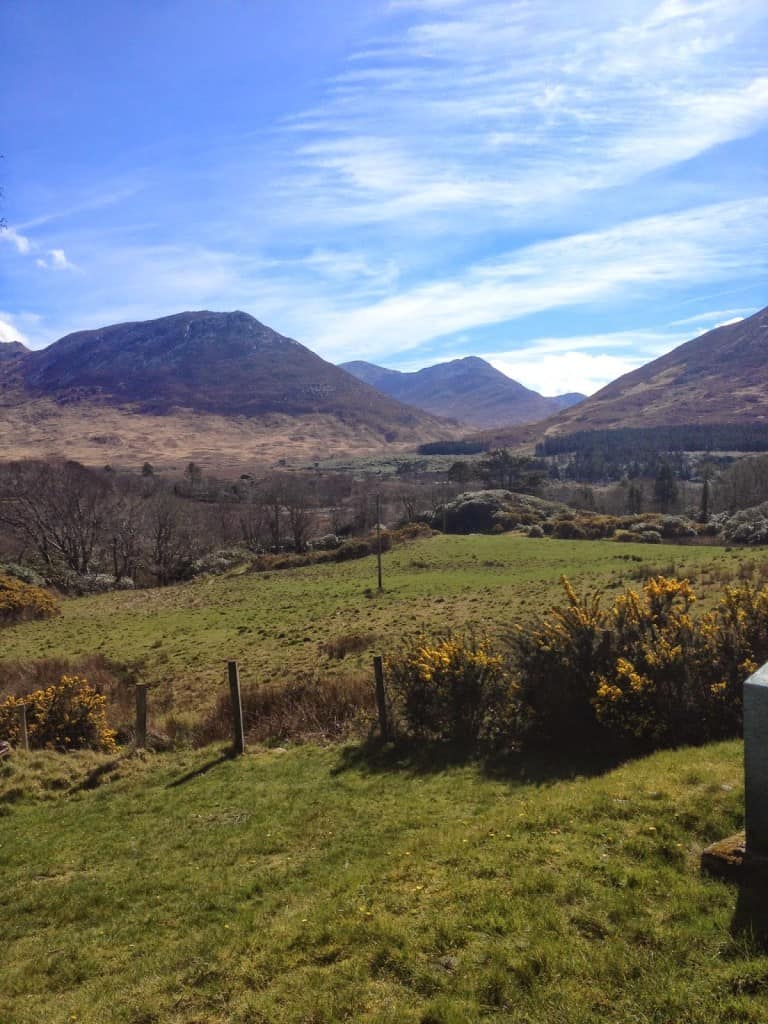 The kids picked up their Clue Sheet that brought us to the Walled Garden.
As you can see the weather was stunning! 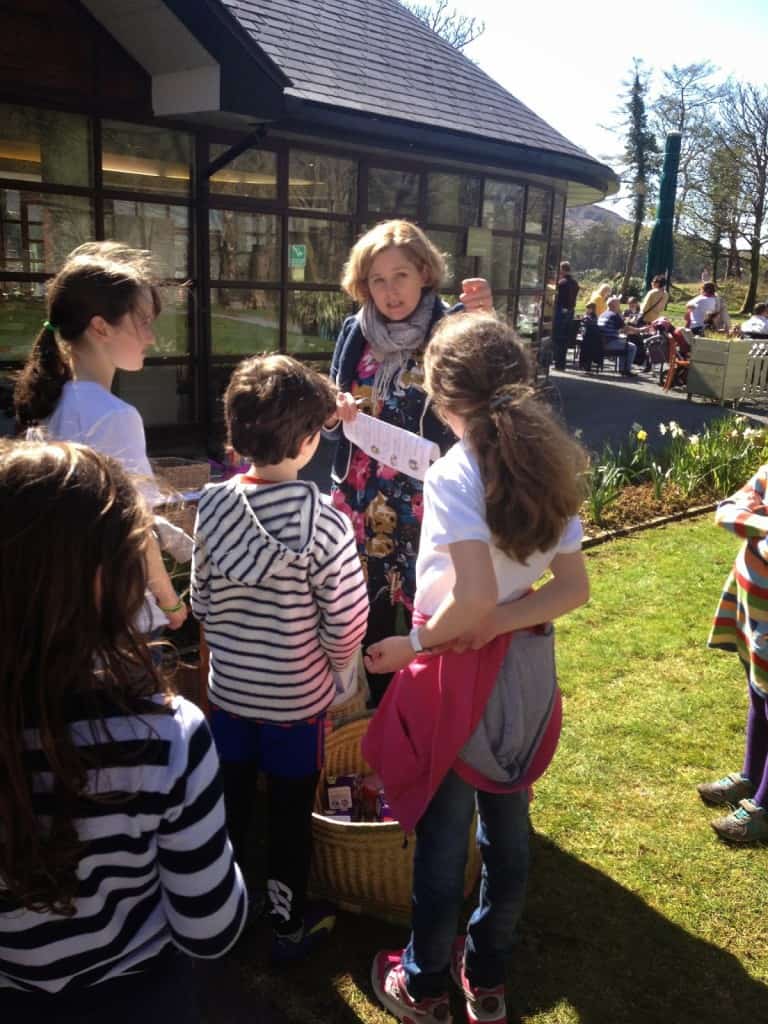 Here some pictures of the Walled Garden, so worth a visit!! 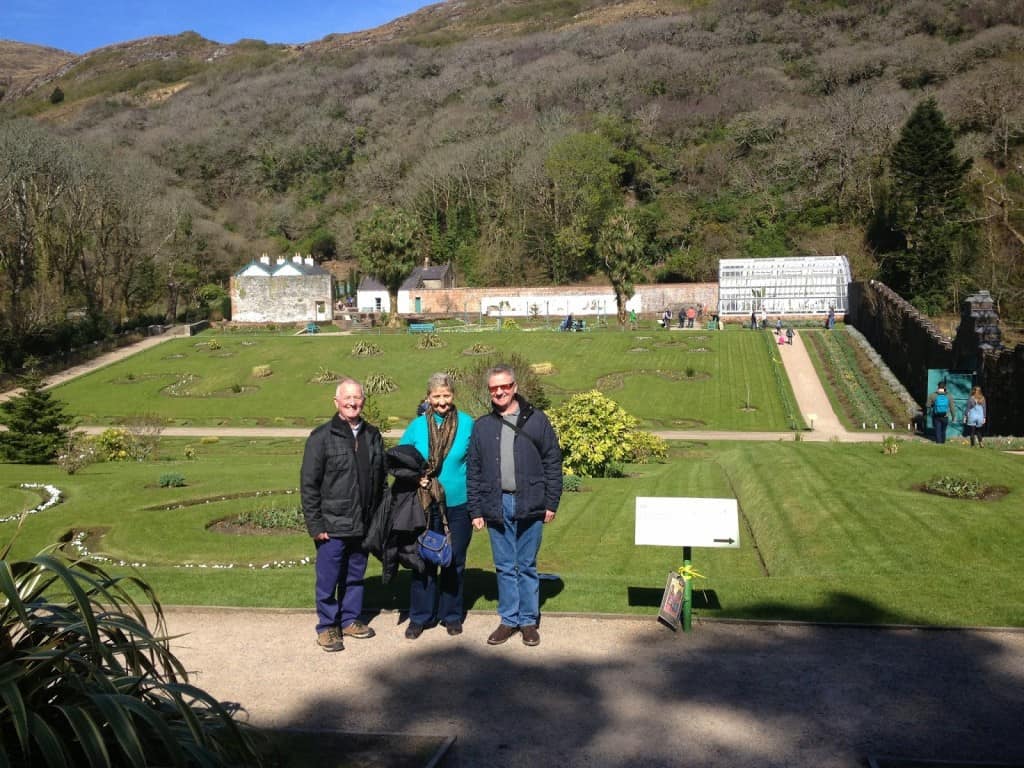 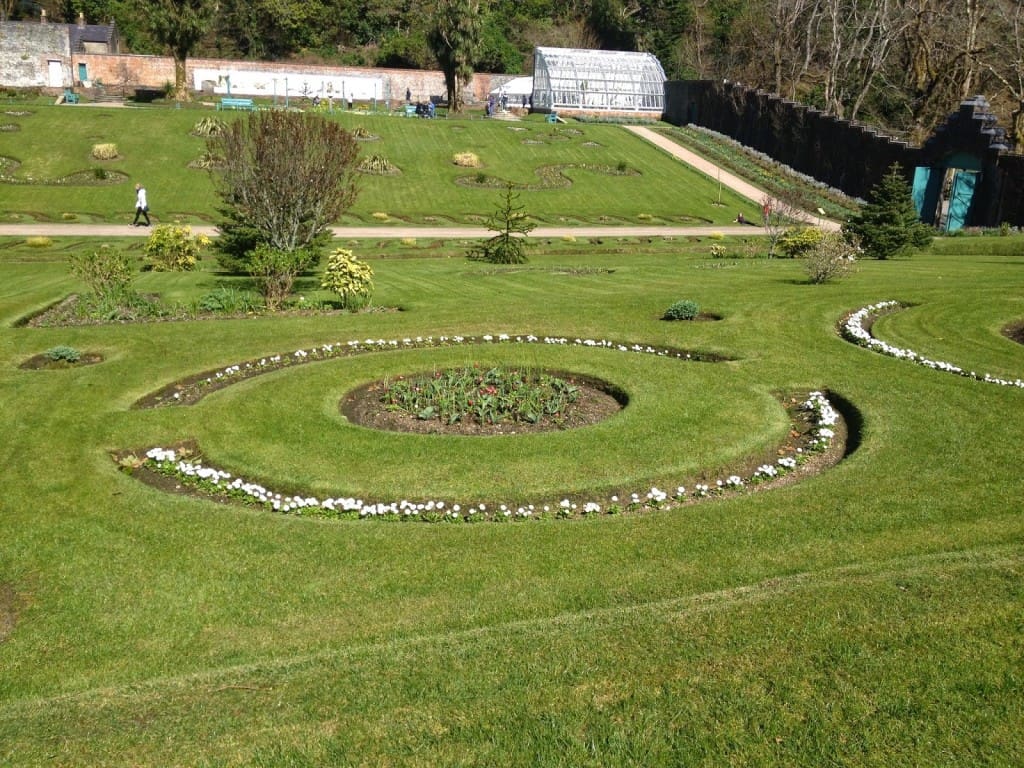 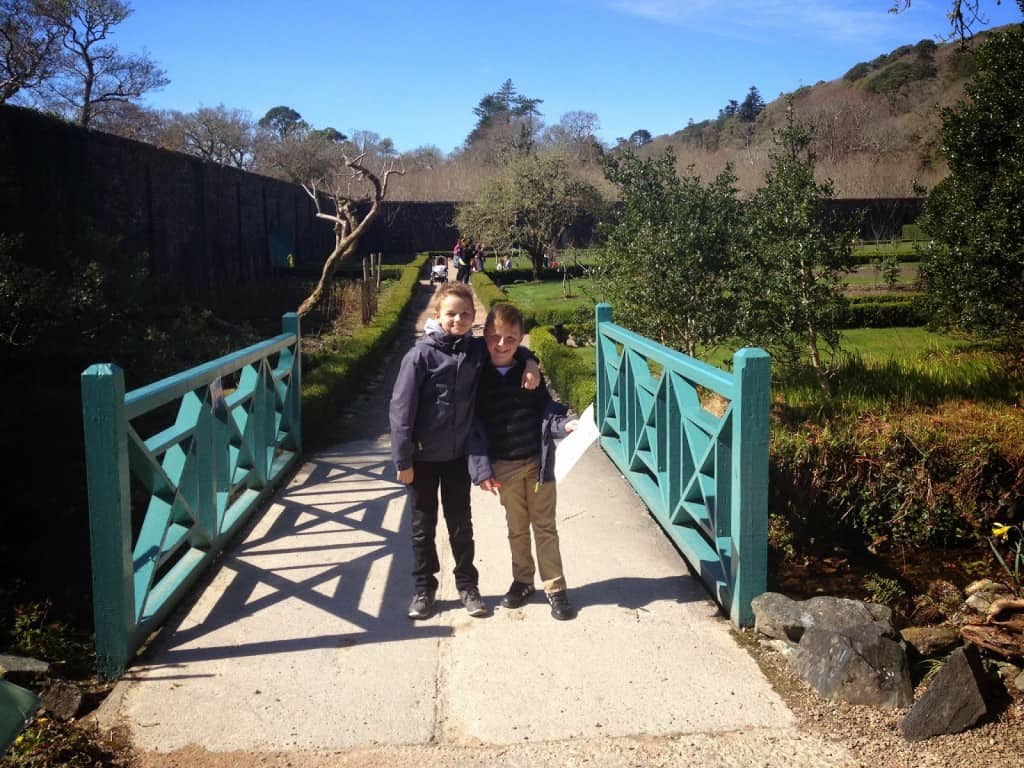 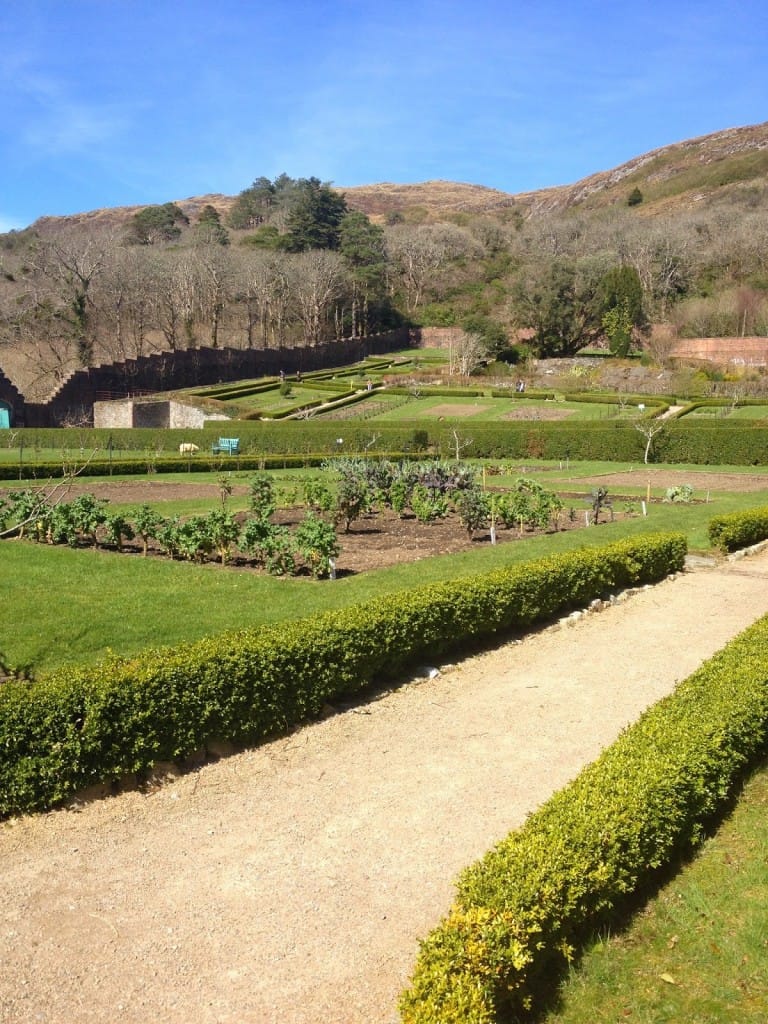 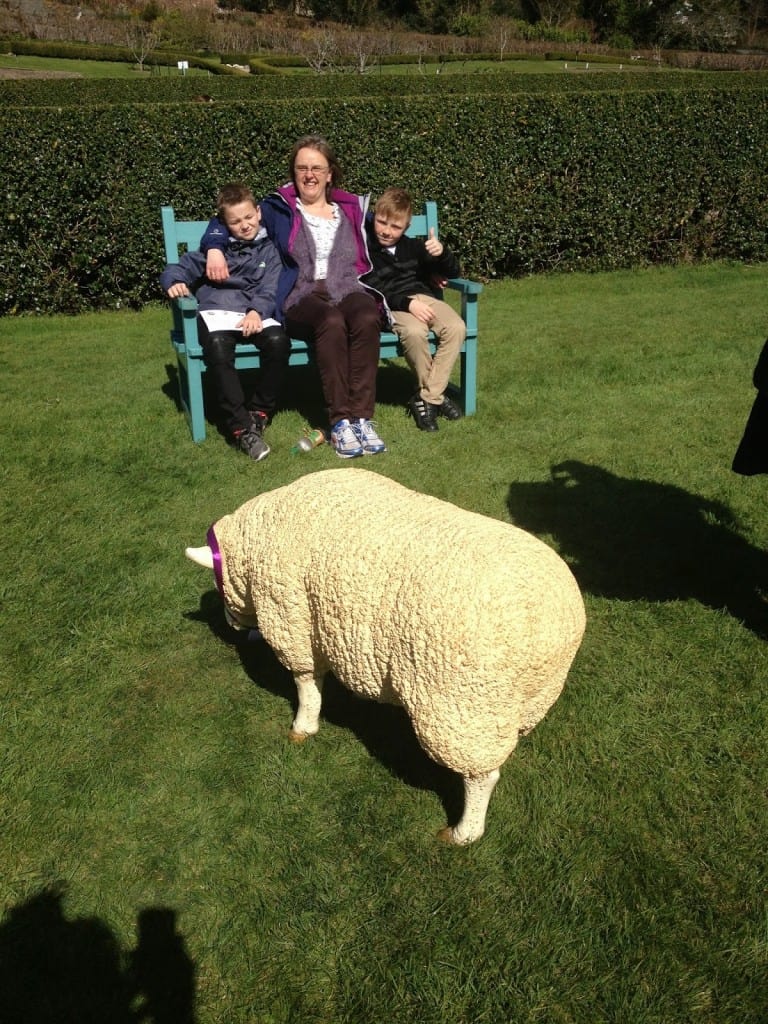 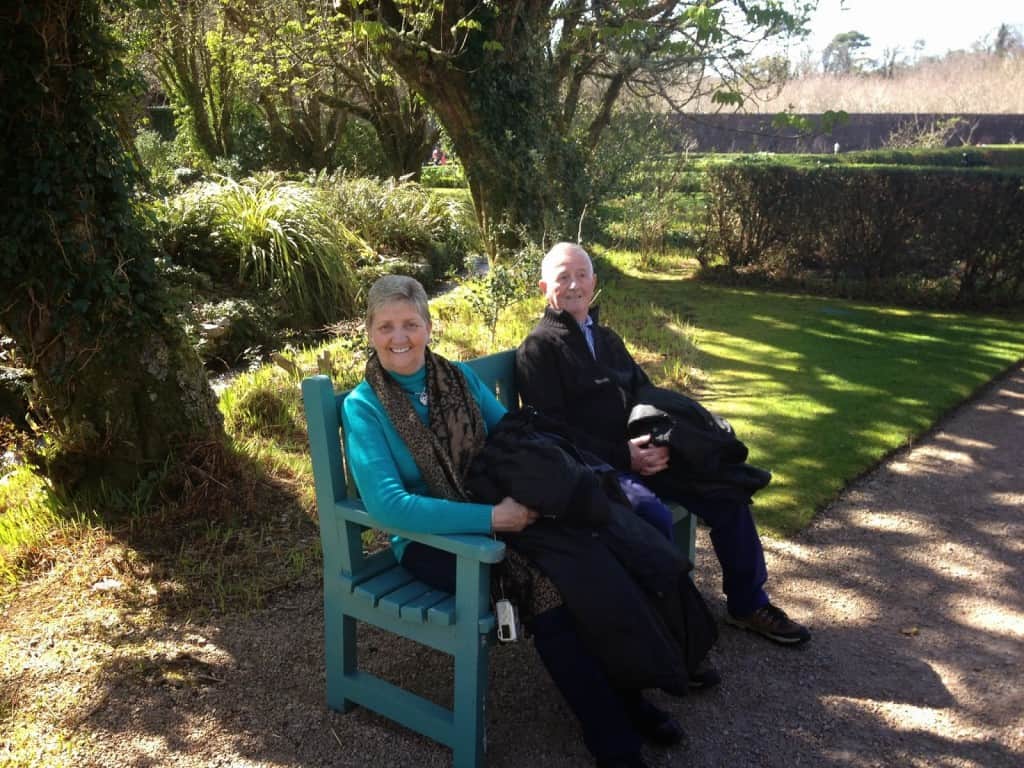 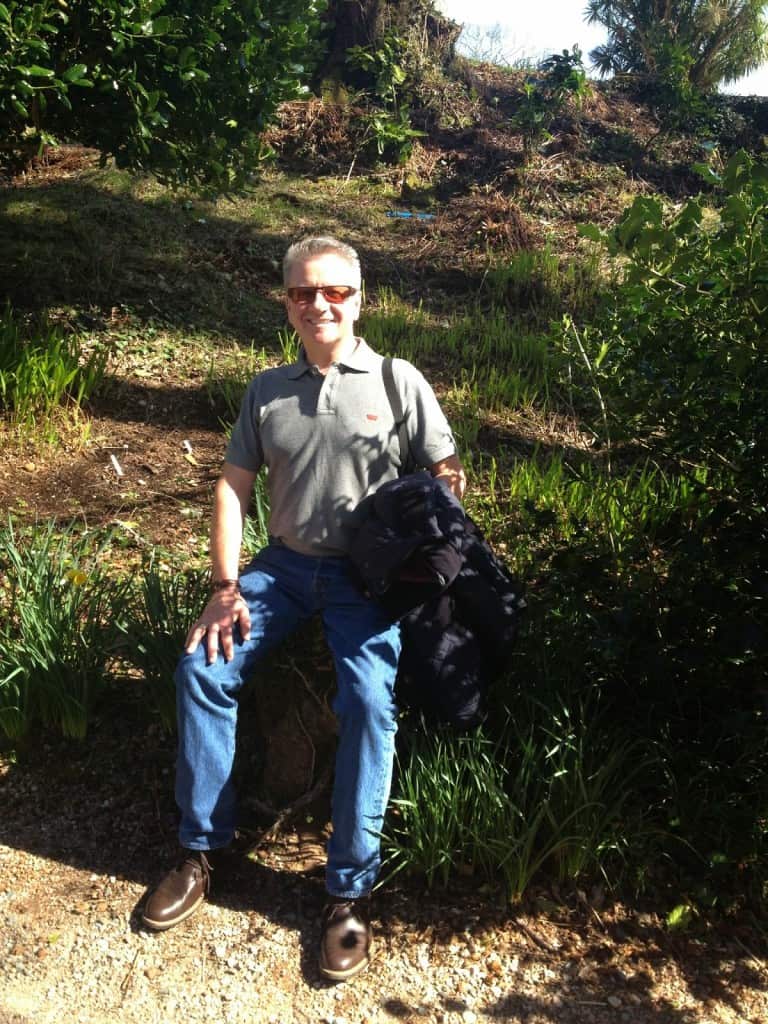 The kids followed a trail through the walled gardens, with all kinds of clues. Once they had found all the clues and written their answers on the sheet, they were given an Easter Egg. It didn’t take long for those to disappear in their tummies.
I wasn’t exactly looking forward to a 2 hours drive back to base, so I decided to lie down on the grass, get some some sun rays, and have my tea and chocolate brownie (there goes my diet… haha) 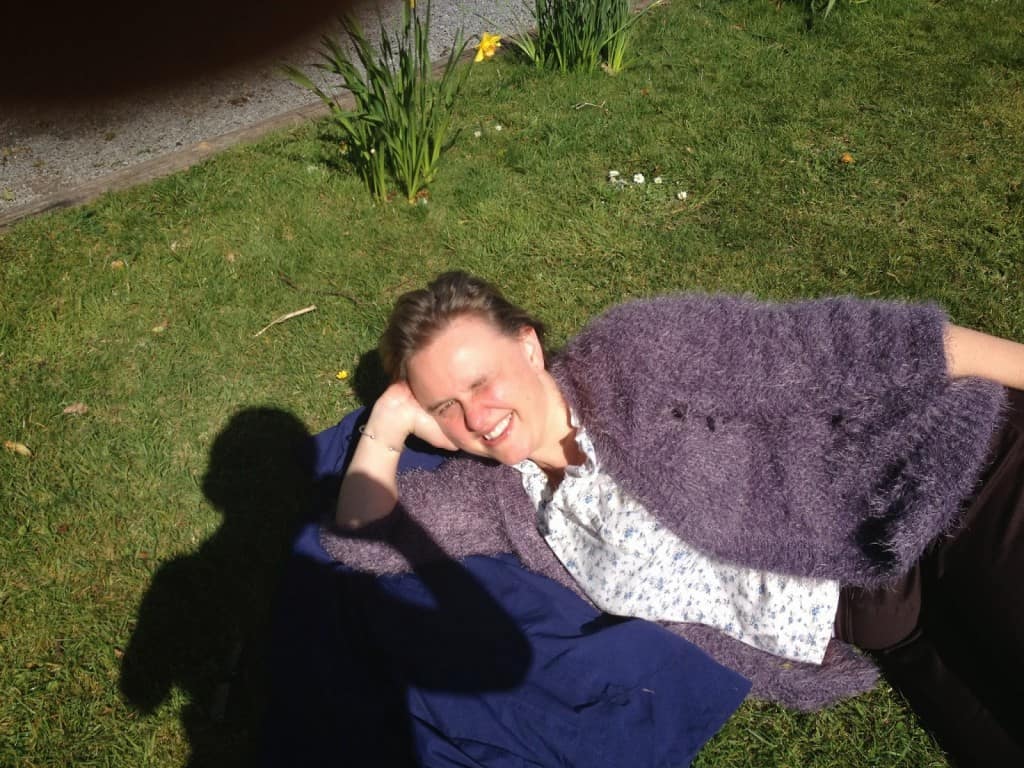 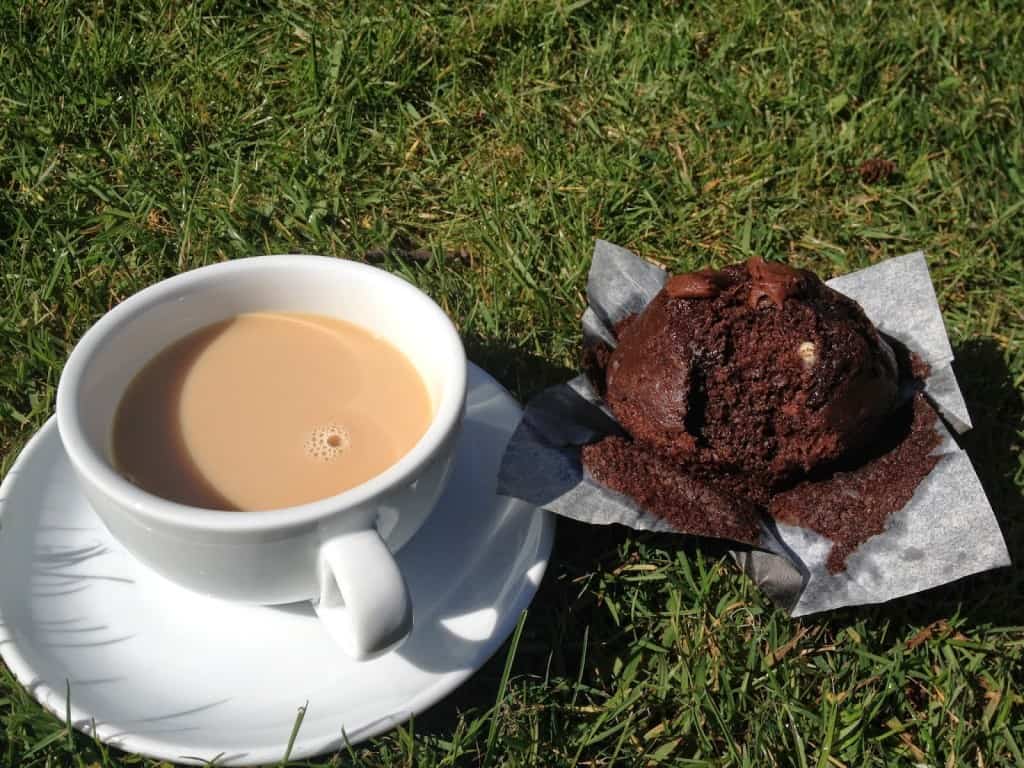 Oh yes, and the Belgian connection….in 1920, the Castle and Estate were bought by a community of nuns of the St. Benedictine order. The Irish Benedictine Nuns were refugees from Ypers, Flanders, and had fled from their monastery in 1914 during World War 1 bombardment of the city by advancing German army. Their history history is a long and eventful one reaching back to the community’s foundation in 1665.
During the 17th and 18th centuries, when Penal Laws were in place in Ireland, the Abbey in Ypres attracted the daughters of the Irish nobility, both as students and postulants and enjoyed the patronage of many influential Irish families living in Exile.
You can read more detail here
I think I could do with another cup of tea!!
Cheers,
Katleen