I  came up with this title, as wanted to share my experience with you how I went about to source a bouncy castle for 2 birthday parties we held a few weekends ago. Both boys have their birthday in June, so we decided to have a birthday weekend, and have two separate birthday parties.

I sure like the idea of having a joint birthday party, and when the kids were younger we had a few of those , but now that they are older they prefer that only “their” friends come to the “their” party , we decided to have separate birthday parties( and probably our last experience of having 25+ kids cooped up in David’s workshop , horizontal rain and cake fights also helped to have two separate parties instead.)

To get back to my quest for a bouncy castle, I decided to put Google to the test ( as time was running out very fast), and keyed in “Bouncy Castle”. Got quite a few results, but as I could see that  some were in Dublin, I changed it to “Bouncy Castle Gort”, to get something nearer to where we are. I saw an add of a Bouncy castle place in Loughrea, with a little map to indicate where this business was and the very handy button to actually call them. This was all rather very convenient , so I called this business, and he provided me with a quote  of 170 Euros for a very large obstacle type bouncy castle. I had hoped to spend less and was able to reduce it a bit, but it was still above my budget.

I then remembered I had been at another birthday party very recently and my friend told me where she had gotten her bouncy castle, and told me that  she paid 100 Euros. She also told me checked she’d used him before, so she was a repeat customer. We are not comparing apples with apples now, as the castle she  had was not as big as the one I got a price for. I texted my friend, who gave me the number and I rang up. The bouncy castle my friend had was no longer available, but he did have a few other options, one being the slide, which I think I had seen once before. I checked with the boys, they were all for it, and once we established that the cost would be 100 Euros, the deal was done.

Below some pictures of the birthday parties and cake. 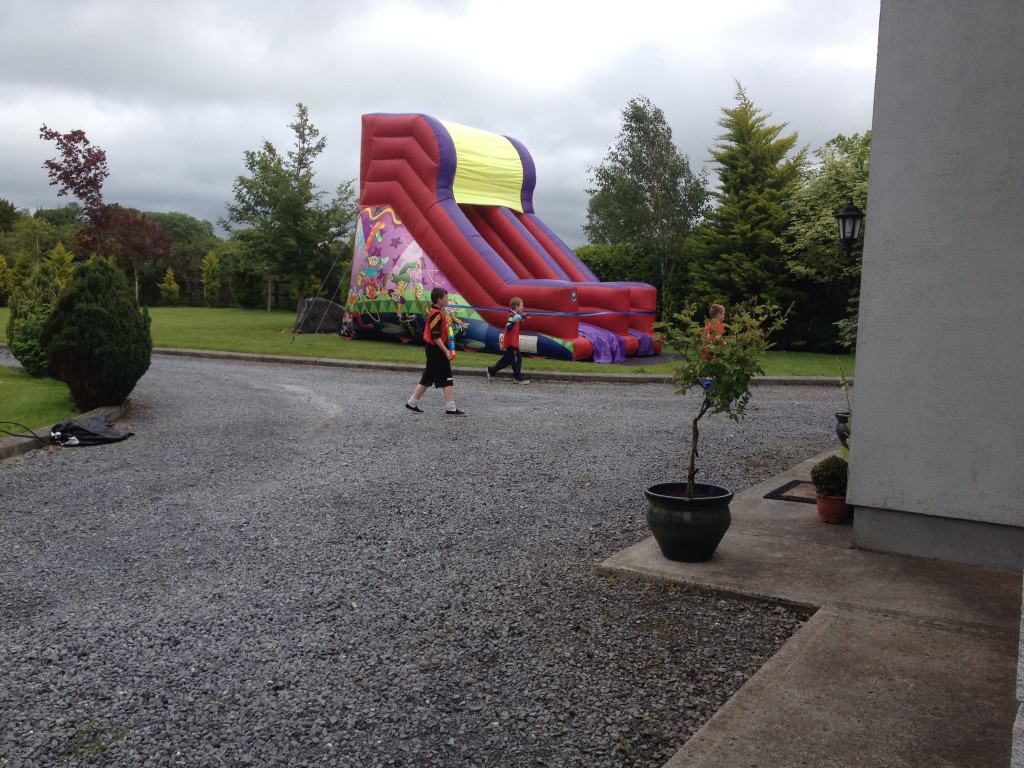 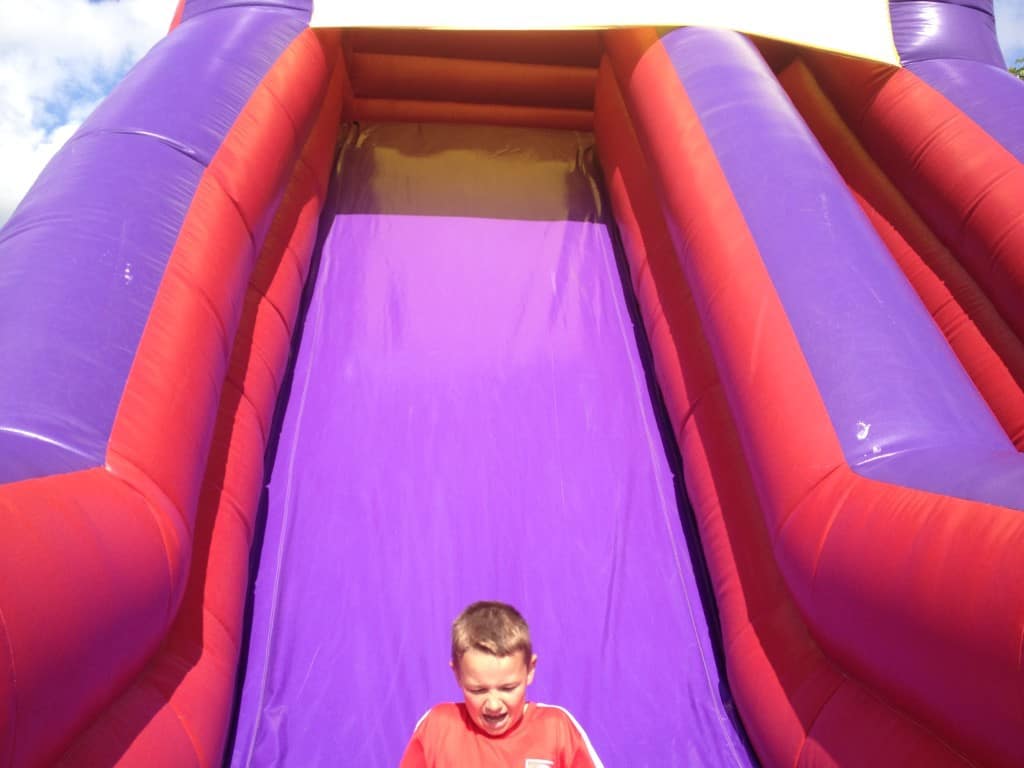 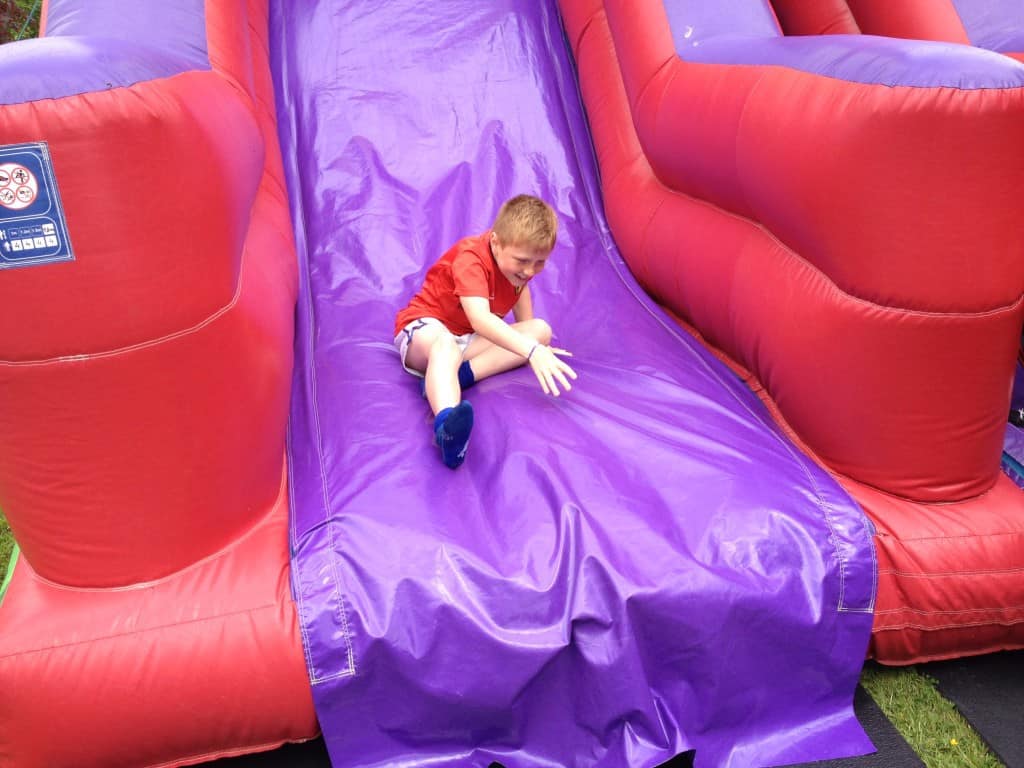 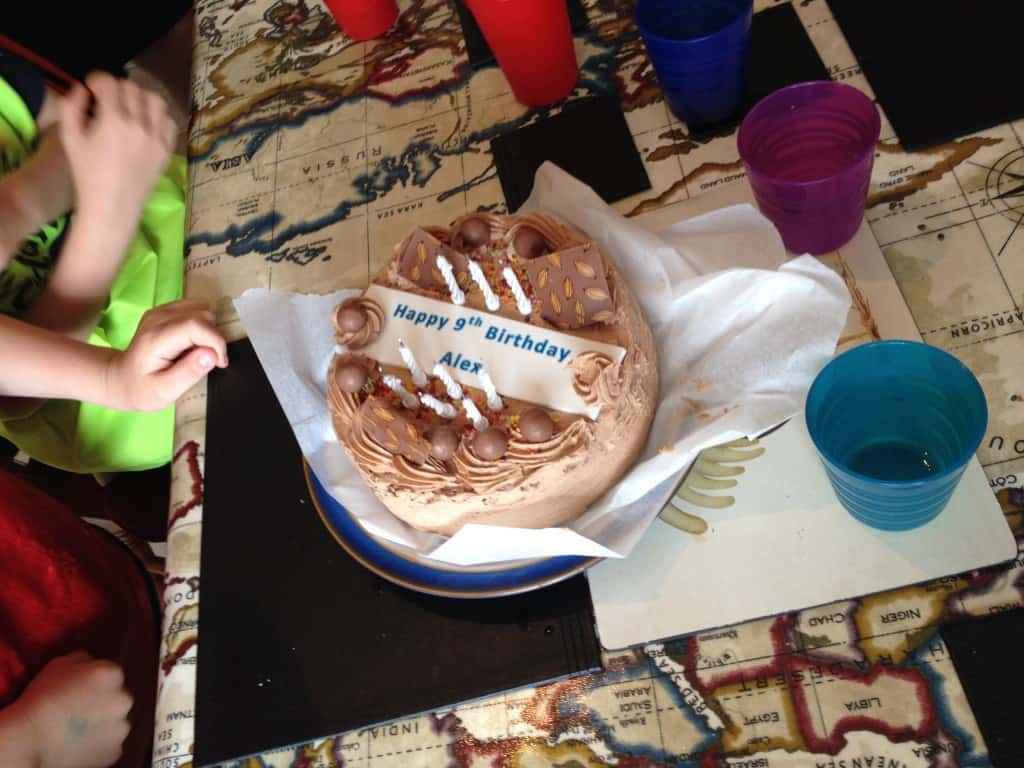 Just  to show you that people buy from people and that if your friends recommend you a business, there is a good chance that you’ll buy from that business.

I used to run a business myself ( a few years ago at this stage) and if there is one thing which is hard in business , is to get free PR when you have just started as no one knows you. When I was in business the choice was pretty much to buy an ad in the paper, pay a considerable amount, and it was very difficult to measure if that did anything for your business.

These days you can do all kinds of things, such as online advertising, so you can measure how often your ad was clicked and if your site is E-Commerce enabled, you can then check if all those that clicked through also bought. It’s a very interesting field to explore!

As a little project, I am going to start featuring some small businesses in the area, to give them a chance to do their story. I have also found some local businesses that is specialized in video and photos, so if the interview wishes, they can get their 90 seconds elevator pitch and professional images taken. It’s just an experiment to see what comes out of it, and for me to learn how to collaborate with others, and have a win – win situation. I hope to start this in September or maybe even a bit earlier:) If you are interested to be featured, feel free to drop me a line katleenworkinginireland (at) gmail.com

For now though, I am having a small break to recharge!

Have a great day!