As I am still working on a few small business interviews, I thought I’d write a blog post on the travelling part on this blog.

Some of you readers may be looking at job opportunities in Galway City ( Go check out the Job Expo event, 11th of Feb)and deciding where to live, and may not be familiar with the traffic congestion in and around Galway. Gridlock in the city is not getting any better and may start to affect investment in Galway as this article suggests or workers choose to work elsewhere to spend more time with their families. Although I don’t quite see a resolution for the city gridlock at peak times, there are some positive developments for the bottlenecks south of the city.

There is the long awaited motorway between Gort and Tuam, due to open as early as November this year, 3 months ahead of plan. I drive past the roadworks every day, and it’s starting to look like a motorway! And then there is the option to commute by train/bus if you are living south of Galway City. 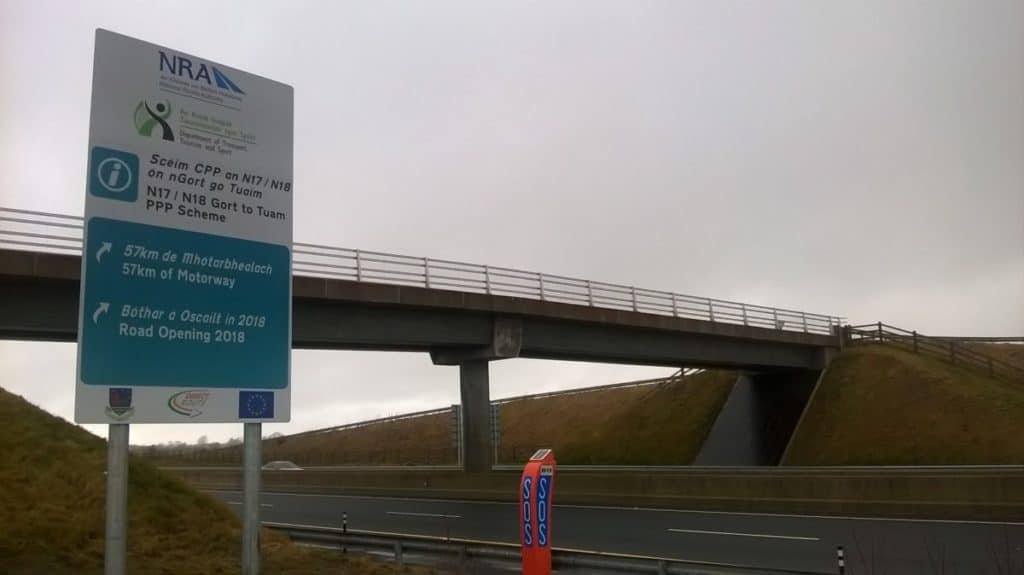 This motorway will allow traffic to flow freely from Gort onwards into Galway, bypassing the bottlenecks at Kilcolgan, Clarinbridge and Oranmore. ( If there is a sizable funeral in Clarinbridge you can add 1 hour to your journey, unless you know the dark backroads in that area). once complete, Gort will be + -30 minutes from Galway City, and just over 40 minutes from Shannon Airport.

The Galway City Commute by Car

So I started to work in Galway City in May ( I live just under 30 kms south of Galway, also known as the Burren Low Lands)and and was all excited about getting the train from Ardrahan into Galway.

The morning trains worked out great ( leave 7:23 AM, arrive 8:10 AM), the evenings less so, as the first train that would work for me was at 5:50 PM, arrive 6:40 PM which was too long of day for me. So I resorted to drive into Galway by car and park (55 Euros a month), joining the thousands of other commuters. To avoid traffic in the mornings, I had to leave the house at 7 AM to hit Galway City at around 7:40 AM. The evenings were not so pleasant, even if I left the office at 4:30 PM I was never home before 6 PM. Christmas traffic was particularly heavy, some evenings my commute was more than 2 hours and a half…. I was not a happy camper.

The Galway City commute by rail from Oranmore

A colleague of mine mentioned that he was thinking of getting the train from Oranmore and that there were more regular trains. So I went to investigate what trains there were to Galway, and more particularly what trains there are from Galway to Oranmore as it was that part of my day that really was making me miserable. Check out the website called “Transport for Ireland” to get all transport options near you, I would recommend you take a look at the app, it’s quite good, and gives you  live options,options you may not have been aware of. Below is the most up to date timetable from Oranmore to Galway and back. 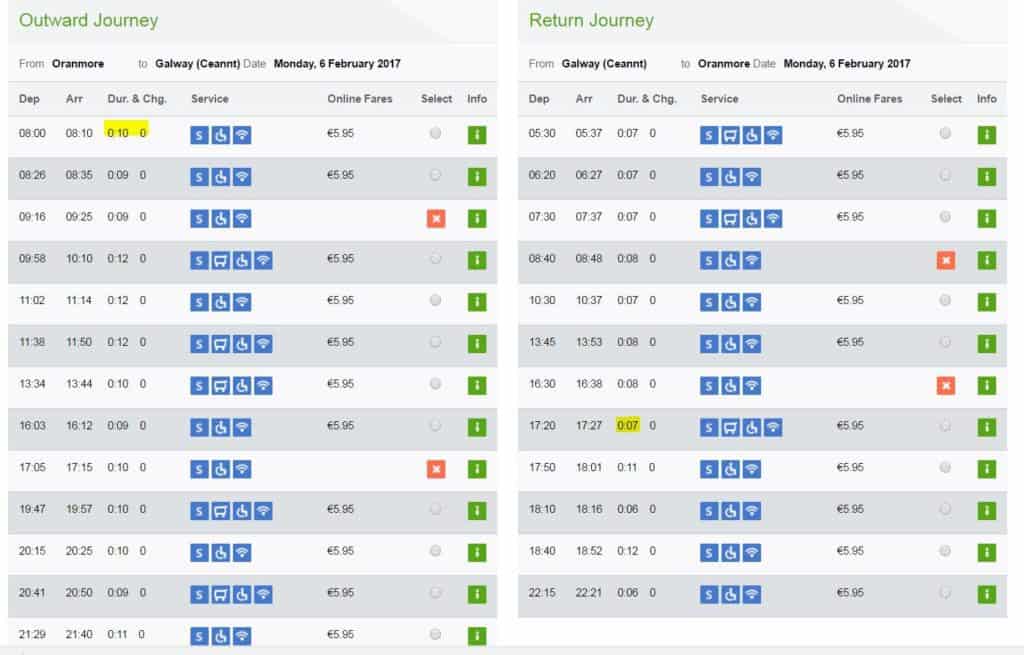 So now I leave the house at 7:30 AM, park my car( free so far) at the Railway station in Oranmore, and get the 8 O’clock train, getting me into Galway City at 8:10. The evenings are quicker( downhill?), leaving Galway city at 5:20 PM to be in Oranmore at 5:27 PM, getting me home around 6 PM. It really has made a difference for me, and every evening when I step on the train, I smile to myself, and think it’s the best #7minutecommute ever and grateful I am out of my previous commuter hell!

Have a great weekend!