With another lockdown confirmed late in December, I decided on January 1st to do #100DaysofCycling and #100DaysOfWalking to stay active! I am at  #Day31 today, and walked part of the #GortRiverWalk – It was bitterly cold! So far I haven’t missed a day! Join the Gort Cycle Trails Group on FB, Twitter or Instagram to see my daily posts! 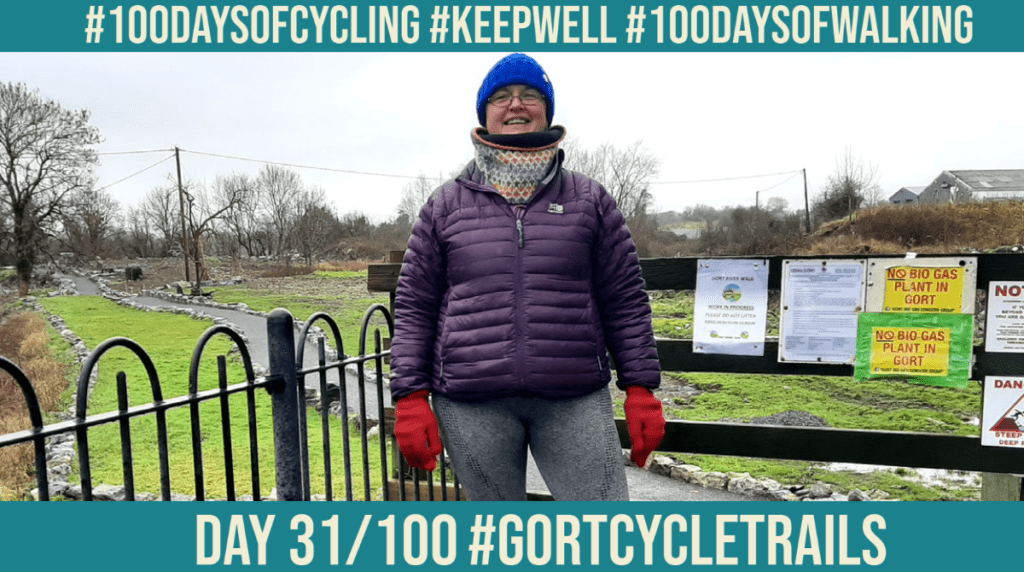 Visit to #GortRiverWalk on #Day31 of staying active

Shortly after starting, I Joined the Galway Sports Partnership Initiative to #KeepWell and #StayActive and exercise 100 km in 6 weeks. I am heading up the Gort/Peterswell Group with about 30 of us, and we stay in touch via Whatsapp. I really wish we could meet as there are still so many places I’d like to explore with people that know their neighbourhood. I made this video at the start!

There are some very active members who have clocked up over 300 km in 3 weeks!! It’s on days like this if someone posts a picture that motivates you to get out.. Once you are out, you glad you did .. just getting out of that warm bed/house can be challenging.. You can still join here – there are a few taster sessions coming up for Tai Chi, Yoga, Mindfulness, healthy eating. I had not bought into the “Exercise-via-Zoom” in previous lockdowns, so I was rather pleased taking part in taster sessions of Yoga and Tai Chi. Yes, I would recommend it and think of taking up Tai Chi.

About 2 years ago, I wrote an article about a newly discovered route I called the Gort’s Mini-Greenway, connecting Gort Town to Coole Park via a safe Cycle /Walking route. Since that Cycle, I have done a lot more exploring, and have started to document a number of cycle Trails and loops and set up a Facebook Group called Gort Cycle trails – come and say hello.

On the 25th of January, the 5 proposed routes for the Greenway from Galway to Athlone were announced, below is a map of the Red Route 5 Cycle. 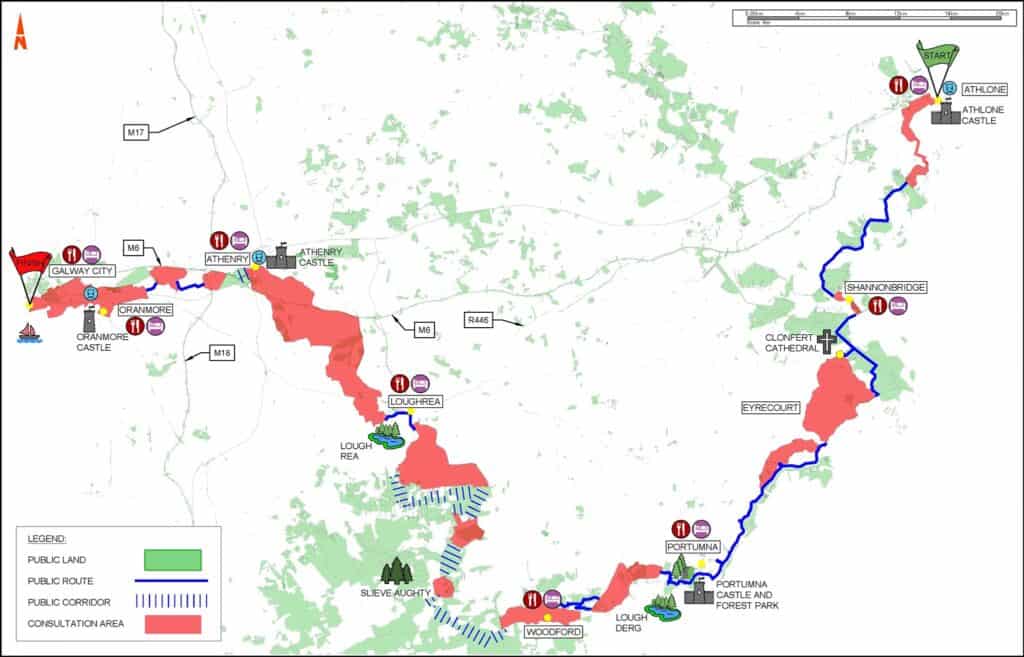 A few of us got together and set up a Facebook Group called Red Route Cycle Way to create awareness with the local population, community groups and request feedback via the on-line form. You can also set up a call with the project office for a virtual call, and ask any questions you may have.

Check out this video by Councillor PJ Murphy who has done trojan work with the Kilchreest/CastleDaly Community Develop who brought the proposal to the Project team! Thanks for sharing this fantastic video!

David Murray wrote a very interesting,  in-depth article about what a  Greenway is and what it can mean to a local, rural economy, check out the article here. I particularly love this image! 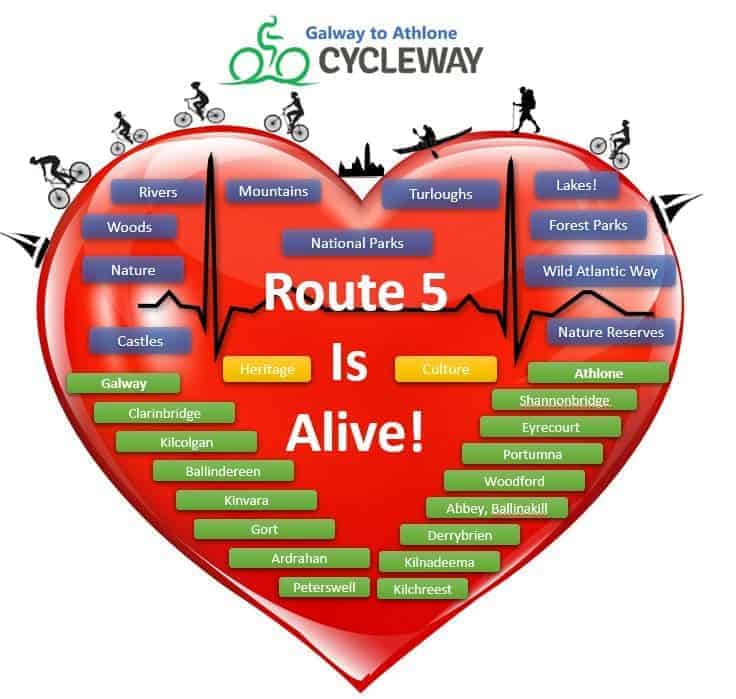 Let’s bring the Greenway to South Galway to connect the whole region and visitors will be awed by what the region has to offer!