It is with a heavy heart I write this post. Bob Brooks aka as my Web developer has passed on, free from pain and suffering. This is a little tribute to him.

Meeting Bob was a virtual affair, as we got acquainted via Twitter of all places! Bob tweeted early January 2021 he was offering his technical services to a ” Western Ireland” project.

I saw the Tweet pass by and thought, Okay, I really could do with some technical/designer help on my WordPress website/blog, and sent him a message. I explained what I was looking for, and he liked the project, so we hit it off.

From Feb through to September, we had weekly Skype Meetings ( once I had recovered my password, it had been a while I used Skype!). Bob showed me a few websites he had been working on, and how had learned his WordPress skills watching videos and visiting forums to learn how to do things.  Our meetings were always animated, and as made our way through the long list of things to do, I really came to appreciate his help and input. He helped  getting my head around installing Free SSL and even convinced me to change host because of it. I wasn’t open to the idea initially, but glad I did! He also helped me to split the homepage, which ( at time) was based on the website of Glenstal Abbey website which had a split design. It was also then that I learned he was actively looking at where he would like to get buried, the cemetery at the Abbey was one he had looked into. He had mentioned before he was having various health issues, and that he was in some pain.

Gradually our meetings became more sporadic as the work required was done, and it was up to me to do my part. He had mentioned to me he loved cooking, so I sent him JP MacMahon Irish Cookbook. He was very happy with the books, and there were a number of recipes he had never heard of before and was going to try them out!

I had started a Facebook Group for my Gort Cycle Trails project, and had been toying with the idea to either incorporate the details of the various loops onto my original website , or create a separate website. After much consideration, I (finally) decided to buy the domain. I then contacted Bob towards late October to ask if he could transfer ( some) of the content to the new website, which he did.  So by end of January, all was in place for me to start working on the website, add content, get a logo, but the framework was there.

I last had  contact with Bob early March to find how he was keeping. I myself had just gotten a bout of Covid, and he was due for an operation. He jokingly said, is this a competition, who is the sickest 🙂 He never lost his sense of humour.

From bad to worse

I reached out again once I was better to find out if he had the operation, and then it was his wife Selma that responded to say that advanced cancer had been detected, and that palliative care was only on the agenda. My heart sank to hear this and shed a tear, and although I never “met” Bob, he had become my friend.  Selma then emailed me 2 weeks later to let me know that Bob had passed. May he rest in peace. Ar dheis Dé go raibh a anam.

Bob, who was born in the USA with an Irish passport as his family came from Co. Laois,  Bob lived in Holland, and married to a Dutch lady called Selma.

It’s made me realize there are so many people in the world that can offer help on a project, you just have to look for them!

Thank you Bob, you will always be part of my journey! 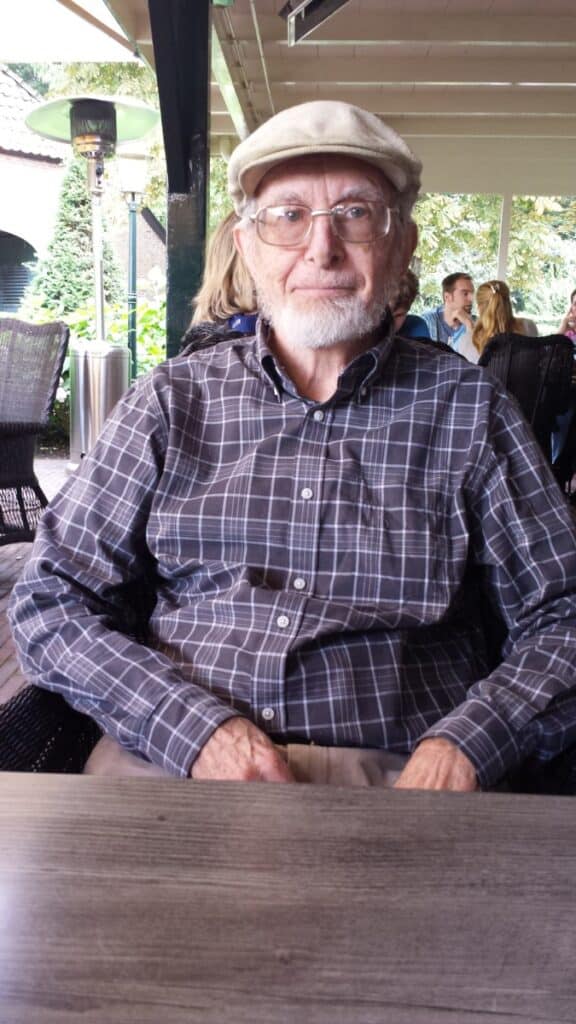 Shares
Posted in General and tagged Tribute to Bob, Twitter.