Coole Park is park very closely located to where we live, and we love going there for a walk or a picnic in the walled garden. I had noticed a while ago that there was some signage up that they were going to do some tree felling, but didn’t take too much notice.

I did take notice when the beautiful avenue of trees was taken down, however I understand this was done for safety reasons, as some of the trees were rotten/diseased and from time to time  some branches would have broken off, which would have been very dangerous if you were walking under it.

This is the way the trees used to look: 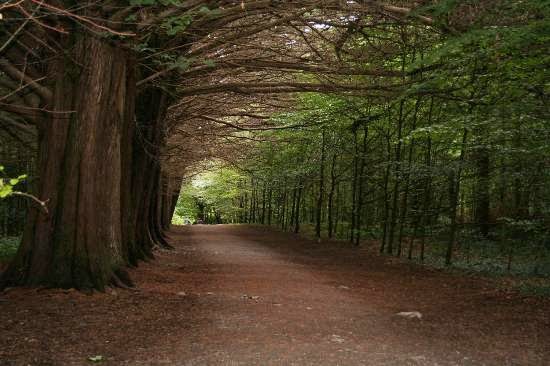 Once that the avenue trees were felled, there were bigger plans to fell a large amount of Norwegian Spruce trees. The result if a significantly brighter park with ….fewer trees.

Below are a few images. The largest transformation(first image) is across from the toilets in the park. This area would have been the back of Lady Gregory’s house. Someone told me that when they lived in the house, they could see the lake from the back of the house. The area that is now tree less, used to be their vegetable garden. 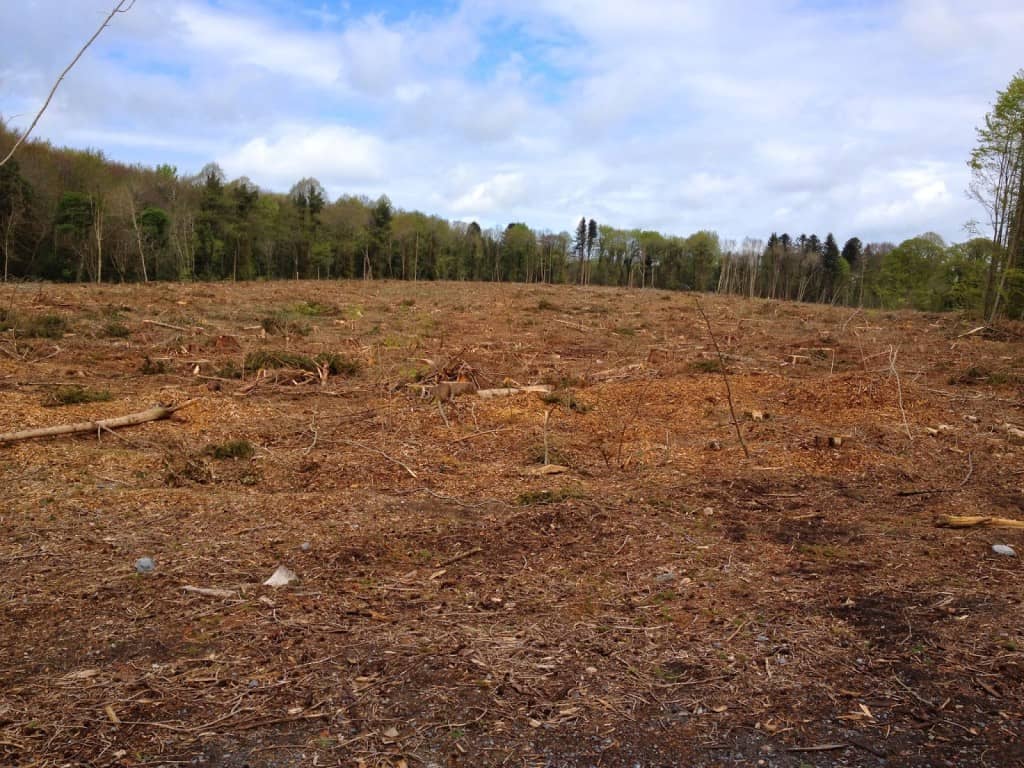 Image of Coole house in its hay day. The house fell into disrepair and has been leveled to the ground many years ago. 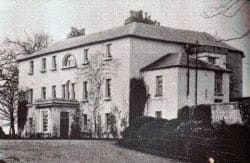 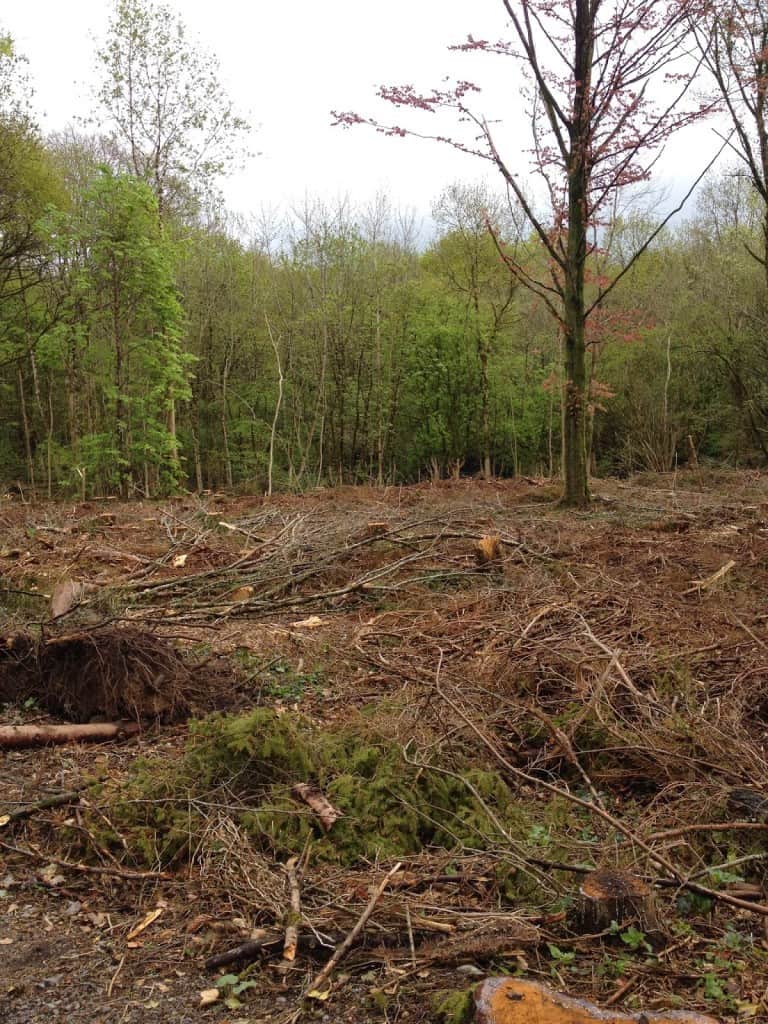 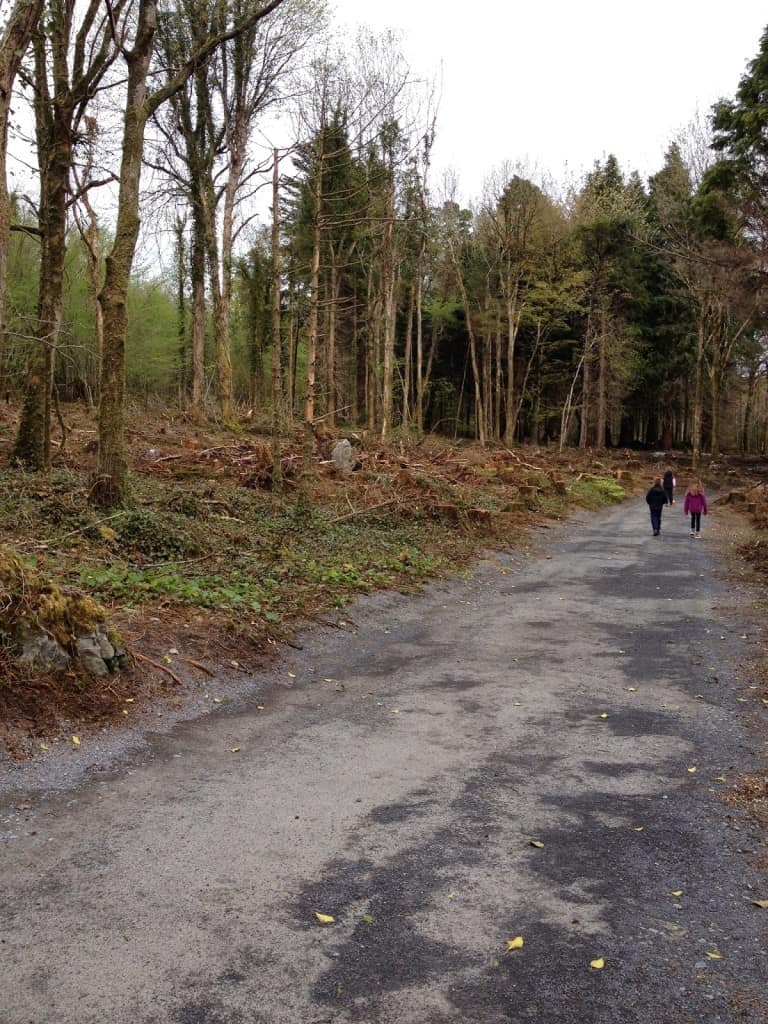 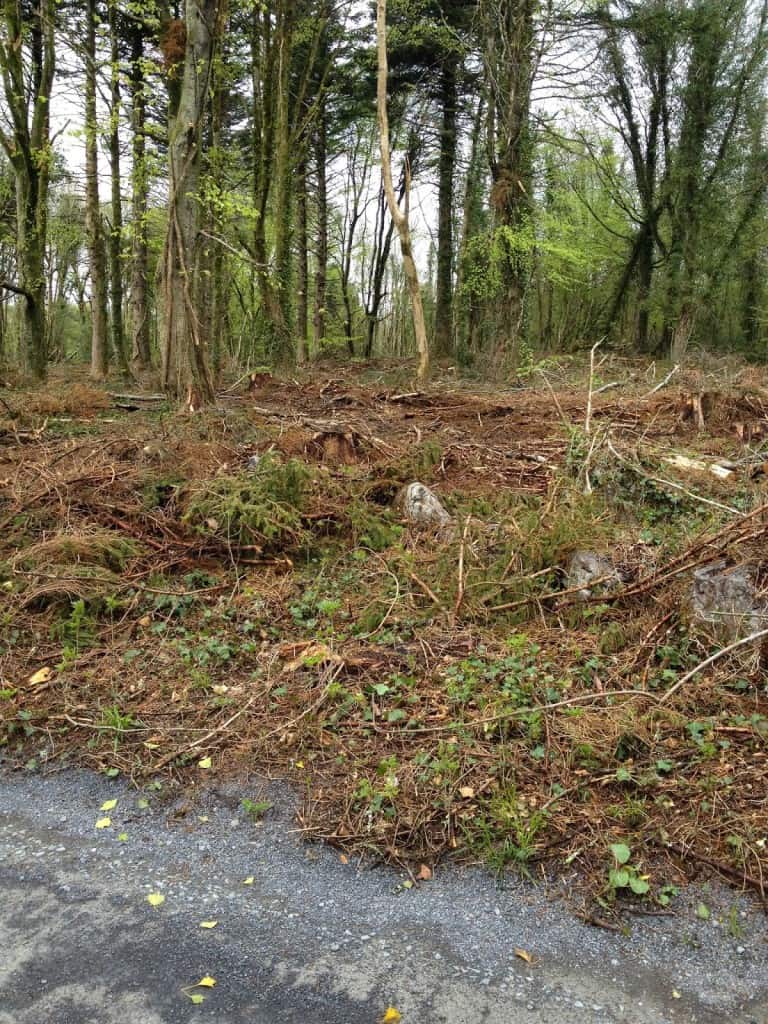 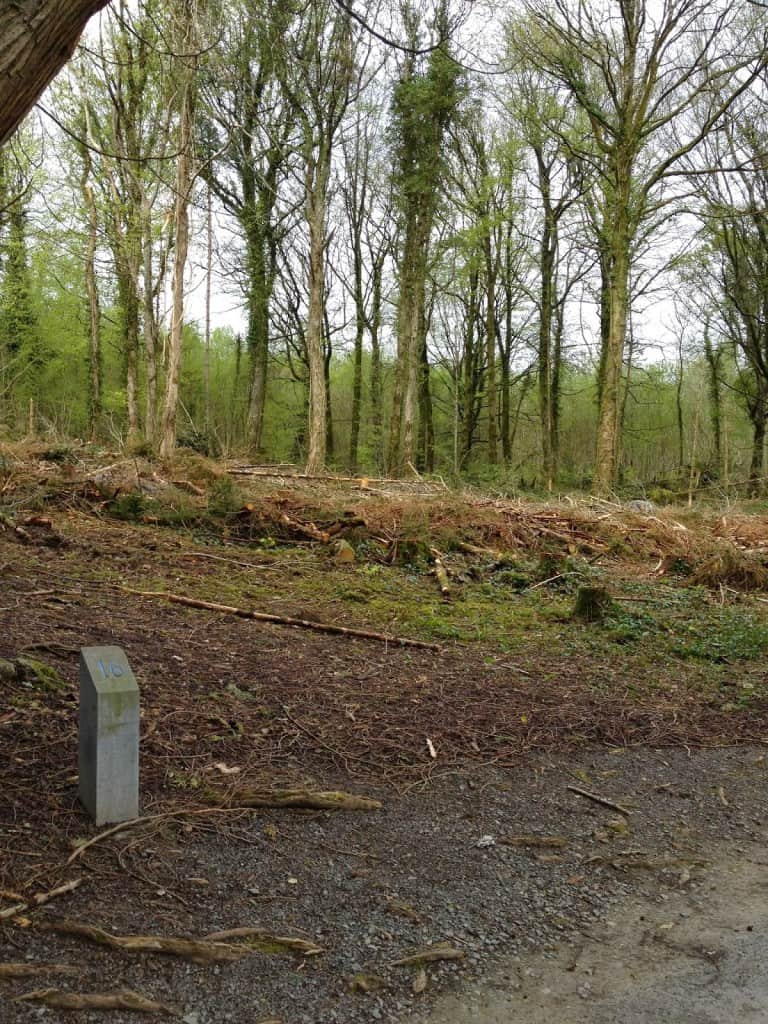 The play tree – the kids love it! 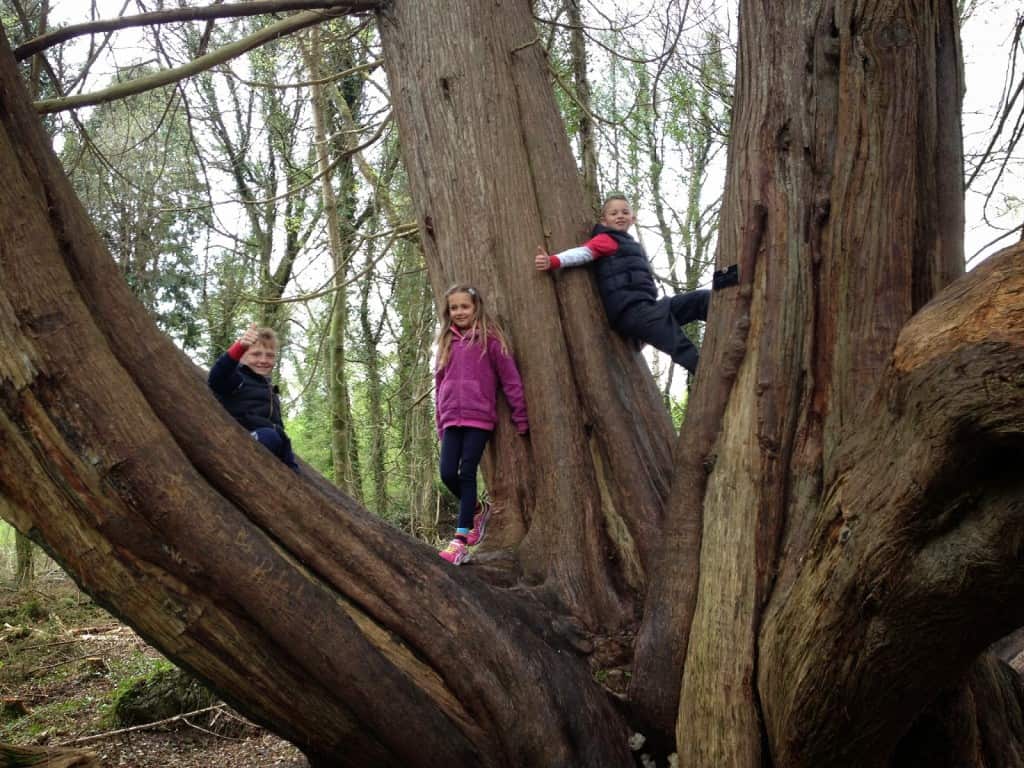 Sown off tree trunk – Counting circles, I think the trees was about 80 years old.

It’s of course a pity to see all the trees felt, but I think there good things happening too!!
The kids spotted this fresh growth of Cowslip, which is a protected Irish wildflower: I took following info from the Irish Wildflower website :

The yellow-orange flowers (8-15mm) nod in a one-sided umbelwhich is borne on a hairy, stout stem.  The individual flowers are comprised of five joined petals, each flower bearing orange spots in the centre, and are scented.  The bloom in April and May. The leaves are not unlike those of the Primrose in that they are wrinkled and hairy, forming a basal rosette. Like the Primrose, there are two forms of this flower.  (See Primrose).  One of fifty-six species which are given special protection in Northern Ireland under the Wildlife (NI) Order, 1985, this plant is now quite rare in Great Britain due principally to being overpicked and dug up for gardens.
This is a native plant and belongs to the family Primulaceae 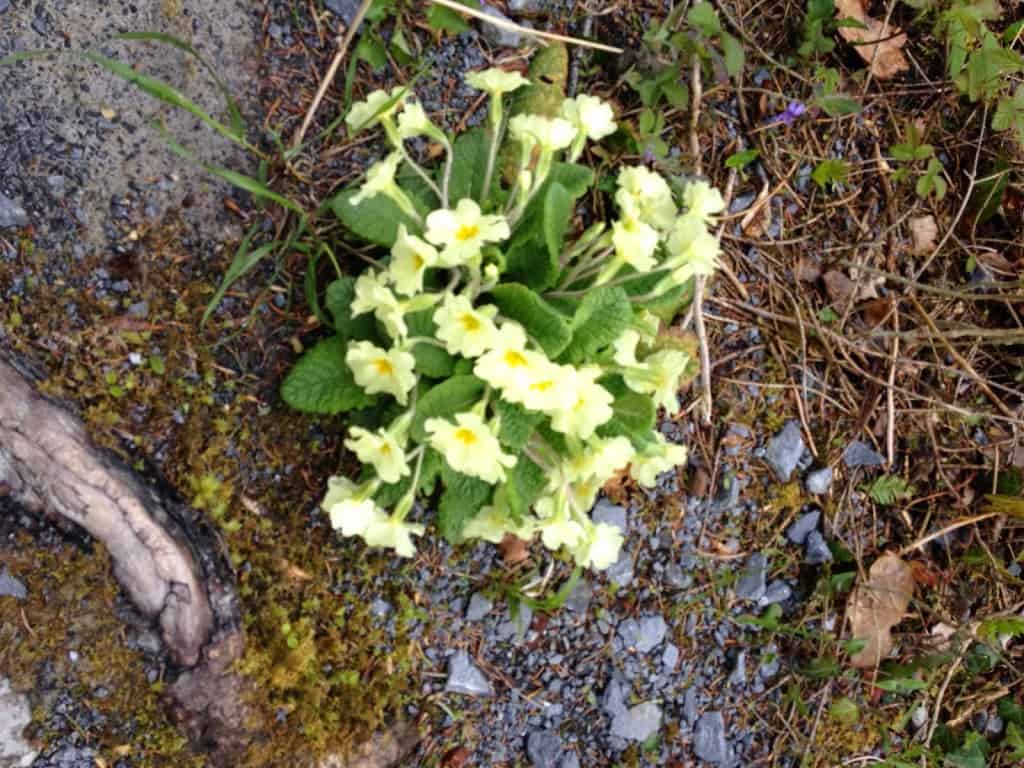 This pictures was taken on the avenue , walking back from the lake into the direction of the car park.

I took this last picture as it reminded me a  bit of the once avenue we had. It’s not quite the same yet, but over time the trees will grow,so hopefully when our kids are adults, their kids can enjoy this wonderful place.

Have a great week ahead!
Katleen